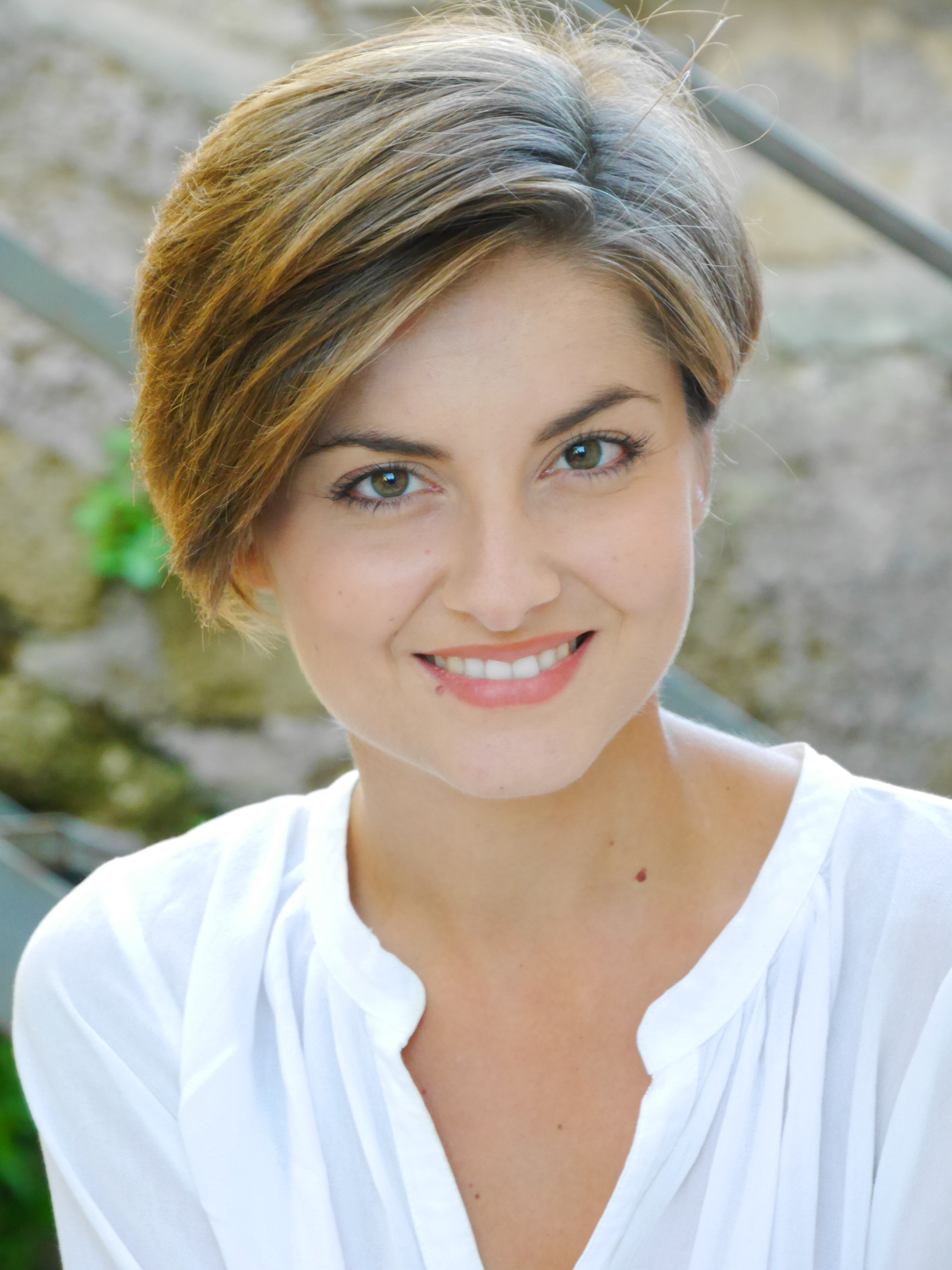 Born in Pesaro in 1991, after completing high school she graduated in Philosophy with honors. Early age she attended theatre, being part of the company Teatro Academy of Pesaro (2003-2010) and taking part in shows of the Florentine company TeatriSotterranei. In 2007 she created the storyboard of a public service announcement on road safety awarded at the Giffoni Film Festival for the competition On the road movie, sponsored by MIT. She collaborates with Shekinah Pesaro (Association Onlus Sefiroth) for which she deals with marketing and advertising, in addition to writing the screenplay and directing Waiting, second of the three medium-length films that make up the independent film Traffic lights. After moving to Rome, she graduated from University Roma Tre and attended the acting academy Cassiopeia for a year, then graduated from the Academy of YD-Actors Studios acting. She studied acting with directors Luciano Melchionna and Rolando Ravello and with the casting director Roberto Graziosi.

After followed the KartaBianca’s training course for Press Office & Events, she started working with the M.Th.I. (2014), collaborating with the management direction of the IV edition of the Festival Cerealia as support to production, logistics and communications. The same year she joined the staff of M.Th.I. for the organization, administration, promotion and technical  service of the cultural events at Palladium Theatre – University Roma Tre. For M.Th.I., she performed in the tale Numina Silvestra and gave voice to the monologue Di Eco in Eco by Valeria Moretti for Mythos 3.0 project; she has been among the actors in the show L’onda di Maometto staged at the Palladium theater and  in the show The 4 Elements, created by Stefania Toscano; assistant director and tutor actress in the laboratory and then play Donne Perse(phone) by Annalisa Venditti. From October 2016 she is member of the association M.Th.I.